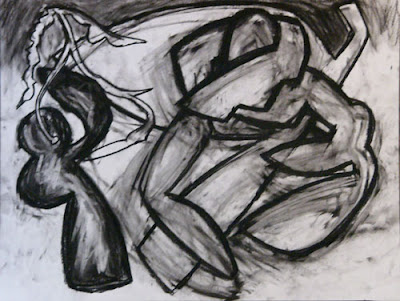 In late June I received an email from someone I'd never met asking if I'd be interested in lending some of my abstract drawings for use in a short, independent film. Last Friday the drawings returned from their round-trip journey to the shooting in Georgia.

As the film's web site says: 'A PEACOCK-FEATHERED BLUE is the story of a 9-year-old boy who’s failing science. Marcel loves sketching and painting, but hates following the rules. When his mother finds out he received an F on his latest test, she threatens to take away his art supplies if he doesn’t come up with a winning science project...' For more on the plot check the above web site. Be sure to mouse over the kites to see the various links.

The screenwriter and director, Jenna Milly, thought that some of my drawings would work well to represent the type of creative drawings that Marcel does. The drawing above is partially finished drawing that Marcel is working on as the film opens. I created it especially for the film based on another drawing of mine that Jenna liked.

The drawings below are examples of some of the drawings that Marcel has done. They hang in his room at home. They were not done specifically for the film. 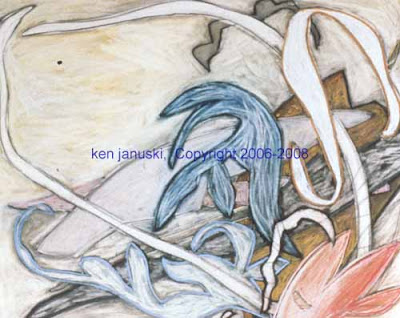 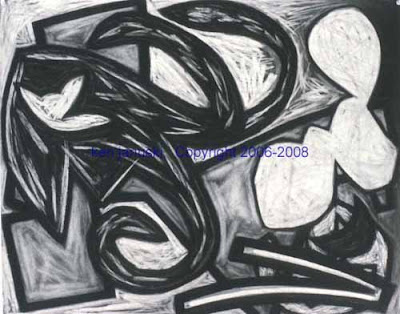 The film should be finished around March, 2009. In the meantime this site gives a sense of the scene during the shooting of the film. It's odd being part of something where you haven't met any of the other people involved or seen the finished product. At least now I know what they look like and get some idea of what filming must have been like. One photo includes Marcel and my half-drawn sketch. It should be exciting to see it when the time comes. Let's hope it does well and gets into some major film competitions!