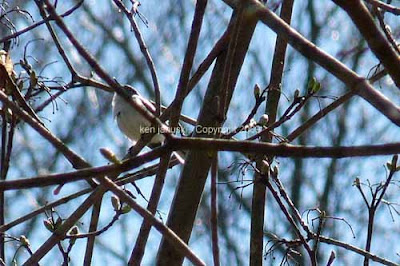 Easter in Philadelphia brought brilliant sunshine, blue skies, wildflowers and migrant birds today, though the temperature never got to 50 in our 3 1/2 hour walk.
The cool temperatures didn't make the day seem very promising for birding but we kept discovering new birds, and wildflowers, as we walked along the Wissahickon Creek. 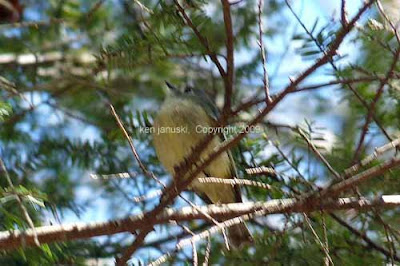 The bird at top is a Blue-Gray Gnatcatcher, the first we've seen in 2009. We saw a number of them along with some Ruby-Crowned Kinglets, above, and possibly our first Pine Warbler of the year. 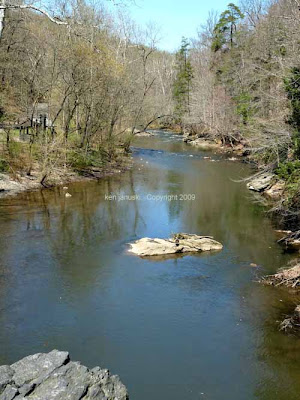 It's always amazing to me to see all that can be found at the Wissahickon. I'm sure Central Park in New York is the same and perhaps other large cities can boast something similar. I'll not try to compare them. But I do love having this natural wonder less than a mile away from our house. 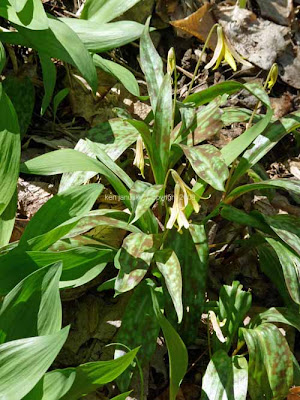 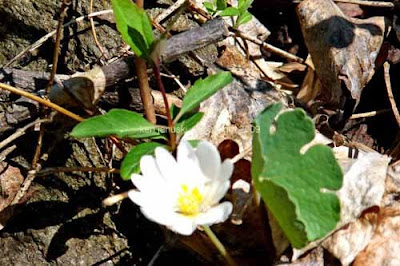 We're always happily surprised to find a variety of wildflowers at the Wissahickon. Today seemed better than usual. Most Trout Lilies were barely up but a few were fully up and in bloom, as in photo above. We also came upon a good number of Bloodroots, most not yet in bloom, though a few were. This is the same wildflower as the one whose blossoms were destroyed in our yard by hail about a week ago. 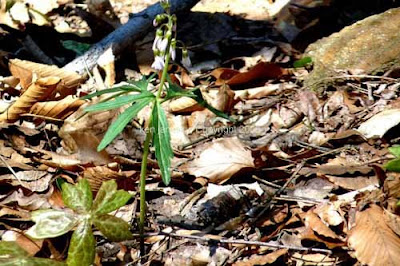 We also saw a few Cut-Leaved Toothworts, as in above photo, and a few Large-flowered Bellworts, one of which was just starting to flower. Our own Bellworts are just starting to form flowers now. We should see a lot in a week or two. 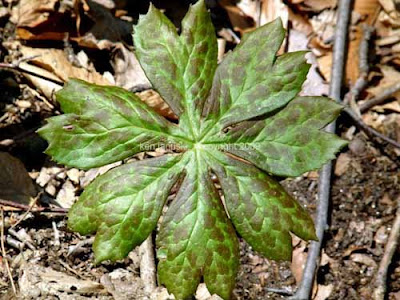 Thousands of Mayapples, as seen above, were just starting to emerge. They won't flower for awhile. Often we see migrating Palm Warblers picking around for food amidst them but we saw just one today, our first one for 2009. 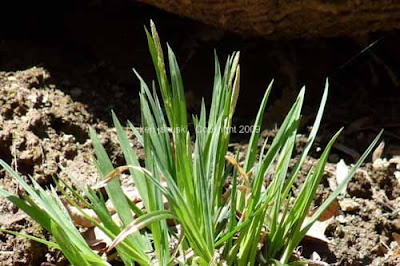 No matter how much we know/learn about nature though there are always a few surprises. What is the wildflower above? I had first thought it was wildflower with 'Rattlesnake' in its name. But it's not Rattlesnake Master nor Rattlesnake Plantain. Ah, having checked a second wildflower guide I know why I thought 'rattlesnake.' I was close; the connection is 'poison'. It is Fly Poison, which we often see at Shenandoah National Park but have not seen at the Wissahickon before. Perhaps we'll see the flowers in a week or so. 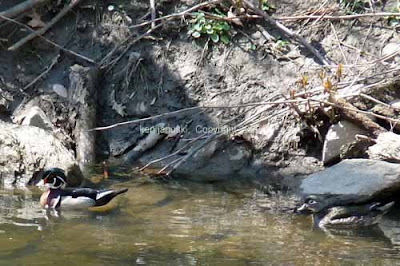 Of course the most beautiful birds of the Wissahickon are Wood Ducks. The ones above were the first we've seen in 2009. Both the male and female are almost too beautiful to seem real. Something else would not have seemed real today, an adult Bald Eagle. Nonetheless someone did report seeing one on the Wissahickon today. Sad to say we didn't see it. Other notable birds we did see were: Red-Tailed Hawks, Red-Shouldered Hawk, Carolina Wren, many Carolina Chickadees, Hairy and Downy Woodpeckers, and others.

I hope to return to artwork soon. As I looked at the Carolina Wren today it was tempting to pull out my sketchbook and see how far I could get before he flew. But today was more of a day for walking, seeing and taking quick photos. I'll return to art soon.
Posted by Ken Januski at 4:47 PM