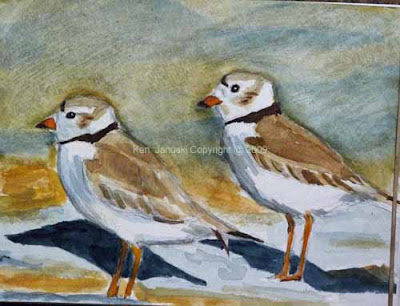 Well sometimes things just don't work out. I'm afraid that's the case with the Piping Plovers watercolor. I'm including four or five different photos here showing the various tacks I took in trying to salvage this watercolor. It's a bit painful to me to watch but it may prove informative to some. Not all artworks are successes but sometimes it's interesting to see the process as it goes along.

After letting it dry I decided that the top half was just too dark. It would be better to make that area more uniform in tone and color. But because I'd already worked it so thoroughly I couldn't figure out how to salvage it, in particular how to put a lighter area on top of the dark blue area.

I began by going opaque and adding colors with white added to them to the top half. That looked bad so I decided to use a wet sponge to remove as much paint as possible. The top photo shows this stage. 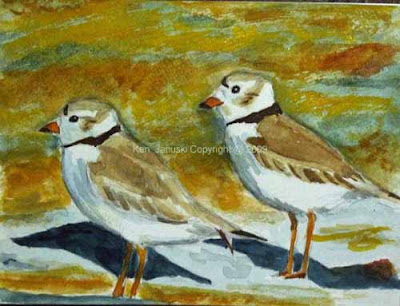 That got rid of the darker areas but also created an overall light muddy tone to the top. All white paper disappears when you do this. You get a lighter overall tone but also one that is permanently muddy. So I thought maybe I could use a color at full strength, particularly one that was somewhat opaque, to try to revive the area. It might just be opaque enough to cover up the gray tone. 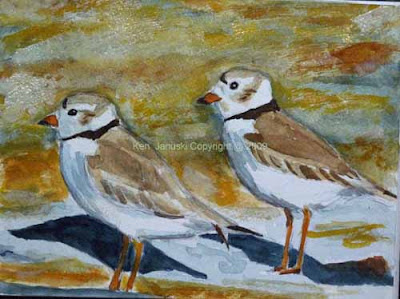 That helped somewhat but the top still looked very dull. So I experimented some more. Stupidly I went back to a method that had already failed, adding more white to the top as seen above. That was a disaster as you can see in the photo above. 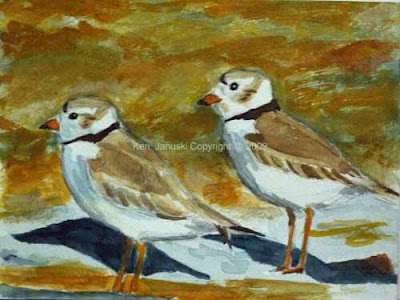 Finally I went back in with some undiluted, full strength colors. My thought was that they might be bright enough, since they were full strength, to overcome the muddiness. The danger of course is that now I was painting more like oils or gouache and not at all like watercolor. But I'd become desperate to try to salvage this.

You see the results above. At this point I think the watercolor looked worse than when I started reworking it so I decided to leave it sit overnight. I didn't think there was much more I could do with it. 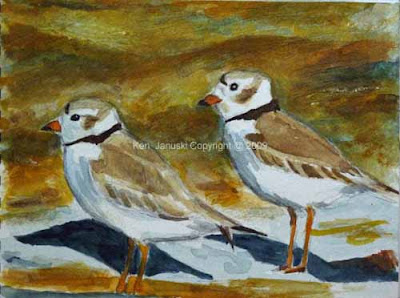 This morning I looked at it again. The ochrish background just seemed too strong so I tried some small experiments, scrubbing out, scraping the paper, and adding in some more color washes. At this point I think it's done. It somewhat holds together as a painting. The original background as seen in the photo of brilliant sand, with blue and orange washes, is completely gone. Instead this looks more like some sort of hilly terrain. So my original idea of showing the brilliant sand in its two colors has completely failed.

Still nothing ventured, nothing gained. Readers might wonder why I'm showing such a disaster. Well I hope that maybe it's informative. Most artists go through similar problems but often don't want to mention their failures. Most likely this is a failure. But the thing to do is learn from it and go on to the next success. That's the story of art.
Posted by Ken Januski at 8:42 PM