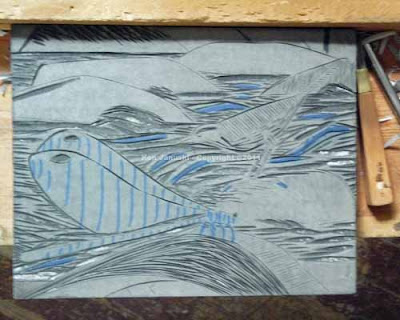 As threatened I began a new linoleum block print today based on the charcoal and pastel drawing of Louisiana Waterthrush and Ebony Jewelwing that I showed in last post. The photo above shows the block itself after printing the first six versions. It's sitting on a homemade bench hook with some of my carving tools next to it.

I decided some reader(s) might be interested in seeing much of the process involved so I decided to document it here. The first thing I did was to edit the last photo of the finished charcoal so that it was reversed horizontally. I need to do this because the lino prints in reverse. So I need to reverse my template if I want it to come out correctly. After that I crop the photo so that it is the same proportion as my linoleum block. The drawing and block were almost identical in proportion but not quite. After that I change the image size to the same size as the block and then I print it. 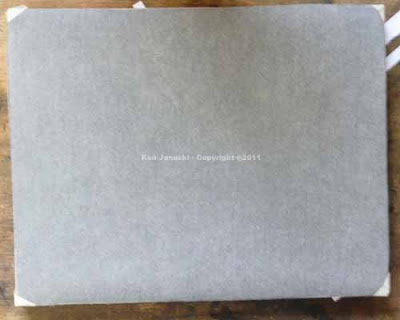 At that point it's time to tape the tracing paper to the linoleum block as above. 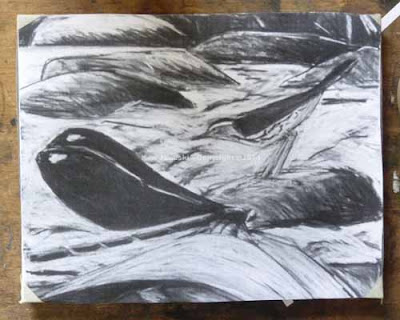 Then, as above, I tape the printed photo to the block, on top of the tracing paper. 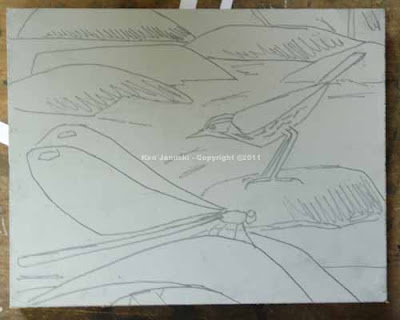 Then I trace the lines of the major shapes in the photo. 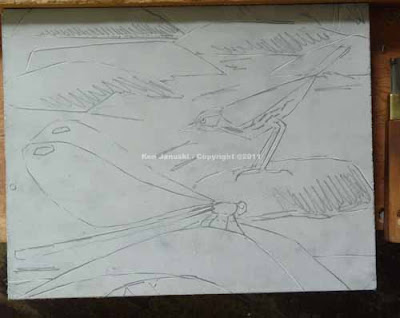 So now it's finally time to carve. I like bold prints. But I start out very tentatively, making fairly faint lines. I do this because I can always carve deeper lines but I can never get back the linoleum once it's carved away. 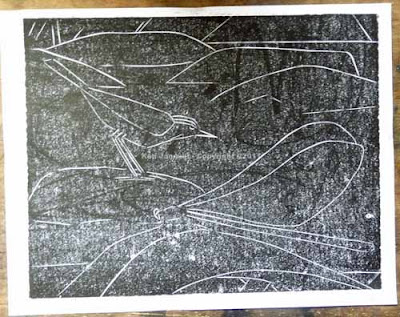 It's no great surprise that the first print I pull is a disappointment, like the one above. But I'm prepared for this. It happens every time. I suppose it is a type of delayed gratification. I know that I need to be tentative to start and live with the disappointing prints. 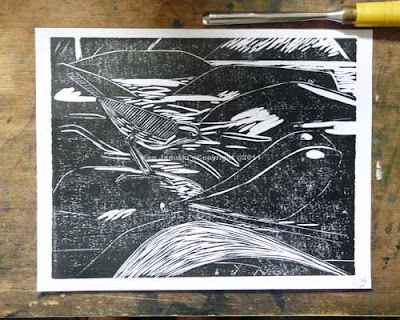 By the time I get to version three, above, the print is starting to take shape. There is enough there for me to react to it and to make plans as to how to move on. 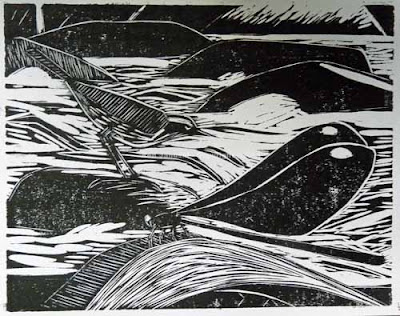 Version six, probably the last version for today, is above. It's organizing itself pretty well but I will still need to make some major decisions. How much black will I leave, how much white, how much of some in-between tone and just how will I achieve it using just black ink?