A Watercolor in Progress 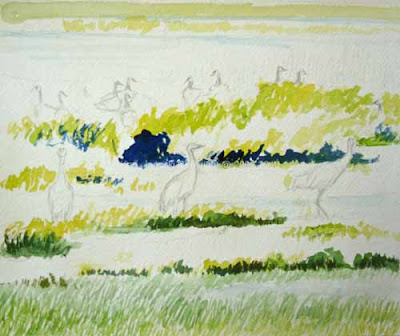 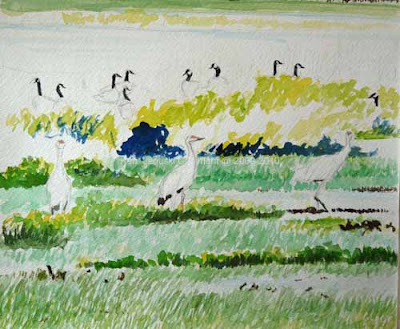 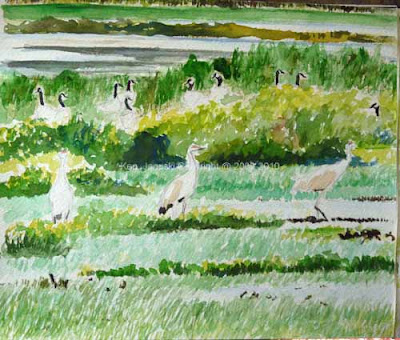 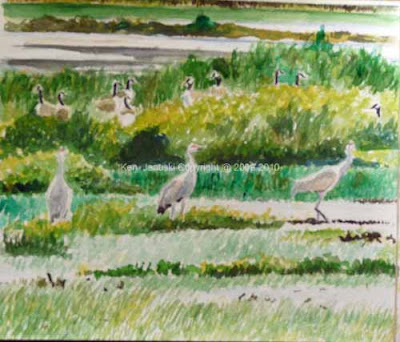 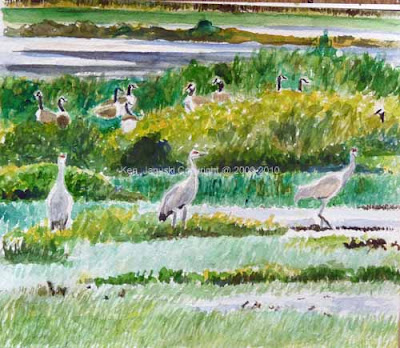 So here's a series from my new watercolor of some Sandhill Cranes and Canada Geese at Horicon Marsh. I saw them last fall. I've really enjoyed the quick watercolors I've been doing for months now. But I felt like it was time to try something more ambitious. I'm sure that aome of the painterly freedom I picked up from the quick watercolors shows up here.

I've spent about 6 hours on it now and it's time for a break. My guess is that it needs at least some more work. But I've been known to ruin a work by overwork, often when I've worked on it too long already. So for now I need to take a break from this and come back to it with fresh eyes.
Posted by Ken Januski at 2:54 PM