Rite of Spring - Find a Palm 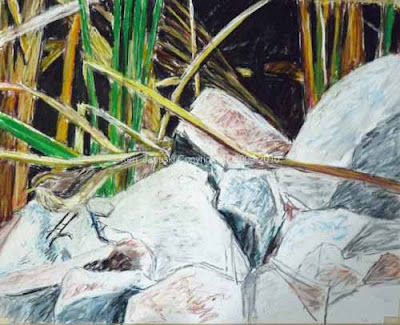 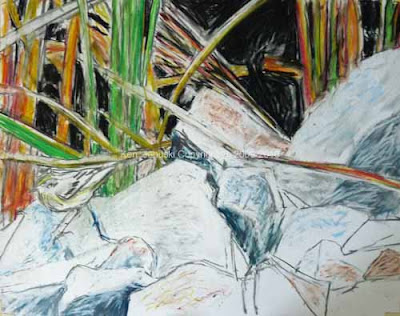 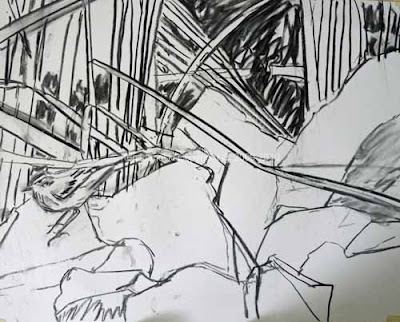 Stravinsky's 'Rite of Spring' is on the radio right now. Today it's hard to understand the uproar it supposedly caused when first played in 1913, almost 100 years ago. But I, and many others love it. It is a rite of spring now. You hear it and you think of spring. Such is the power of art.

I thought briefly of the power of art while watching Charlie Rose interview the author, directors and actors involved in a new play called 'Red' about Rothko. Rothko, who I never really studied deeply nor appreciated strongly, was one of those people who seemed to think that 'power of art' was an understatement.To me he and others of that time almost seemed to put on it the burden of religion. It should solve all human problems. It's a noble goal but I've often wondered if that's not too burdensome. Perhaps it's like the children of famous parents. Often it seems that the burden of matching or exceeding the parents accomplishments freezes the children into inaction. Perhaps the emotionless Pop Art that followed was an inevitable reaction.

Who knows? In any case it's something I often think about. I come from an artistic traditions of 'powerful' art. If it's not powerful, almost religious, it's not worth doing. I'm sure much of this came from my teachers and just the zeitgiest of the time. It was pre-irony, pre-Warhol, when art had to mean something. The reason I think of this is that I'm now doing small paintings and drawings of birds.

How powerful is that? Well on the surface not very. And to a large extent I don't think that's the motivation of most wildlfe and/or bird artists. And yet I think that there is a real primal drive for many. That drive is based on a love of nature, and a trust in their own honest response to nature. They're not cowed into thinking that they need to take an ironical stance toward it. So bird art itself can be powerful in that it is acknowledging something that has been very important to most cultures throughout history: nature. This is powerful in its own way.

But enough on that. I don't have any answers. And I'm not trying to write an apologia. But the juxtaposition of 'Rite of Spring', 'Red', and my own recent work made me want to digress a moment in that direction.

Above are the first two stages of a pastel and charcoal drawing showing a Palm Warbler on the limestone rocks at Horicaon Marsh. This is the western race, which is much paler and duller than the golden washed warblers we see here. In fact I'm nos going out in search of some.

They really are golden wonders - an integral part of the real rite of spring.

A White Lie - Just as I was about to post this the radio announced the end of 'Petrouchka' by Stravinsky! Petrouchka not Rite of Spring. I used to play them so much at the same time of my life that I got them confused. Still I think what I said remains true. Both 'Petrouchka' and 'Rite of Spring' show the true power of art. OK. Done with the lies. Time to go find a Palm Warbler.

*************************
Four hours later and I've returned from an unsuccessful hunt for the first of year Palm Warbler. Maybe tomorrow. However I found my first Northern Rough-winged Swallows of the year, chittering away in exhuberant flight. They were a pleasure to see and hear.

I also added more color to the drawing and finally developed the warbler a bit. All that's left is to unite the light and dark areas into a vibrant whole, all the while not making the warbler disappear.
Posted by Ken Januski at 1:13 PM

That's a fun drawing with the palm warbler running across the rocks. They are such a perky little spring warbler. I hear they are around, but have not seen them yet. Always enjoy their bobs in the understory.

But the Palms are always there, on the ground or low in trees and shrubs, easy to see, washed in a golden yellow, with their perky rusty cap and always-bobbing tail.
They convince you spring is really here!