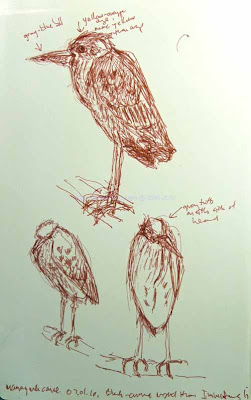 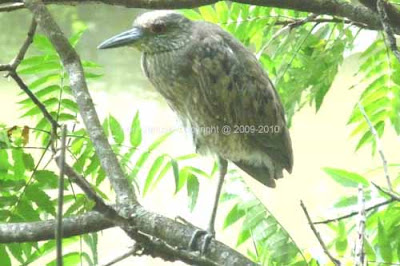 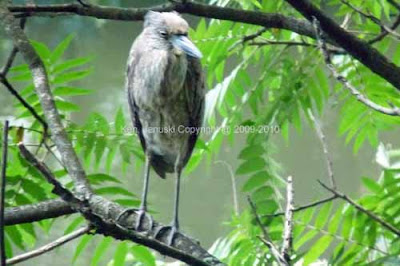 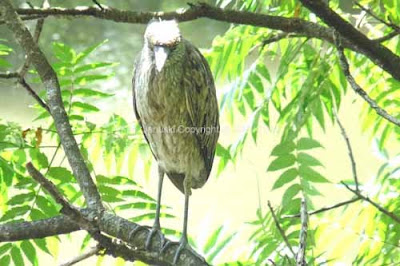 I'm doing something unusual with the blog today, using it as documentation for a bird sighting. As regular readers know I rarely post photos here. If I do when I actually look at them they always disappoint me. I just prefer art. But in this case it seems that it's somewhat unusual to see Yellow-crowned Night Herons in Philadelphia so I'm posting some photos for anyone who reads the Pennsylvania Rare Birds List and wonders about the bird.

And of course I'm showing field sketches. The last few days have been great for seeing Great Blue Herons, Green Herons and the immature Yellow-crowned. I'm not that familiar with Night-Herons and when I saw this one, less than 15 feet from me I immediately thought Black-crowned. That's the species I see much more often. But I double-checked with the field guide when I got home and Yellow-crowned seemed more likely.

Why? Well a lot of that is thanks to my sketches and field notes. I was struck by the short, stout bill, the blue-gray color of bill and they yellow eye. Also there were fine markings which I tried to get down on paper. All of those point to Yellow-crowned based on my Sibley. Also the head was grey blue on outside and tan in center. No field guide mentions this but it seems more similar to the adult yellow-crowned.

One lesson I relearned with this is that you see more with your eye than with a camera. I wrote notes about the bill being blue-gray. In some photos it looks like this but in others it looks yellow. That's what I don't like about photos. They seem so clear when you take them, then not so when you get home. For this I'd rather trust my eye. And when you have to get it down on paper, you really do have to look more closely. That's how I noticed the fine streaking under chin on neck, and the one darker streak down center of chest.

Perhaps someone will convince me that this is not a Yellow-crowned, and I'm certainly willing to listen to good arguments for something else. But I think it is a Yellow-crowned and I'm really happy that I spent so much time trying to draw it. Sadly I did exaggerate the bill size but not shape in one of the drawings.

Below are works based on the other herons I saw over last two days. At top is a watercolor of a Great Blue Heron, based on sketches and photos from Morris Arboretum. 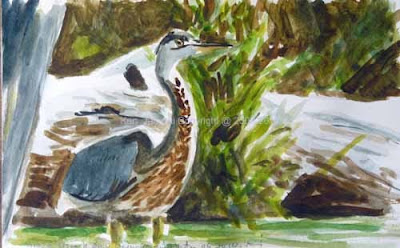 This is followed by two pages of the sketches from that day as well as two sketches of Northern Rough-Winged Swallows. 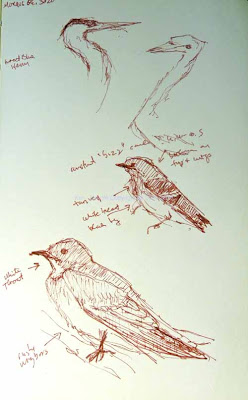 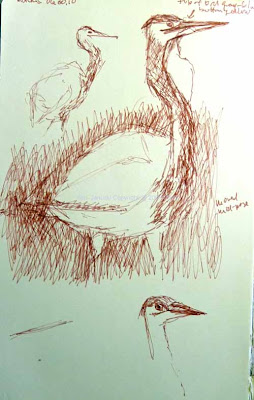 And finally a young Green Heron, one of three Green Herons, also seen at Manayunk Canal. Unfortunately he just didn't stay long enough for me to get much of a drawing or show the tufts of feathers on his head. I assume they were those of a very young heron. This the drawing at bottom right. Also included on this page a Great Blue with his bill open, a Song Sparrow, and a bad sketch of a very bold Catbird. 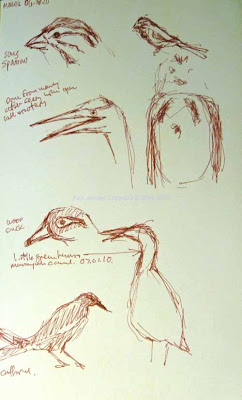 I've never seen a yellow-crowned night heron, Ken, but I like your sketches and enjoyed reading about how the sketches helped you to identify (or question the identity) of the bird. What kind of pen do you use for your sketches? I like the color! Your heron watercolor is wonderful, too! I love your loose, expressive painting style!

The sketches are done with Faber-Castell Pitt Artist Pens. They come in black, brown and sanguine. I think this is sanguine. They also come in four points, I like the finest points, F and VF I think.

As far as loose, expressive painting style that's definitely what I prefer. The new heron watercolor from today, in post above this, required me redrawing the bird about 10 times in a watercolor wash over 1-2 hours until I thought it was correct. I've never spent so much time in preparatory work. But I think, and hope, it still retained the loose expressiveness when I finished it about 5 hours later.